This project involved the removal and replacement of a 27 metre, 900 diameter self-supporting steel, aluminium and cast iron chimney. The chimney was heavily corroded and required replacement due to its structural integrity having been compromised. To add to the challenge or removing it the existing chimney, it contained asbestos.

The chimney location is within 30 metres of the main terminal building at Luton Airport, sandwiched between the Head Office of one of Europe’s largest low cost airlines and the old Terminal Building. With access being very restricted and the high risk element of the project, everything had to be well planned and documented.

Keeping a keen eye on the weather, the timing was critical. Too cold and the heating could not be turned off, too windy and the crane required to remove the existing chimney would not be able to operate, too hot, and the access road tarmac could have been compromised.

The works took just under 2 weeks to complete, they were completed on time and within budget, and without incident. 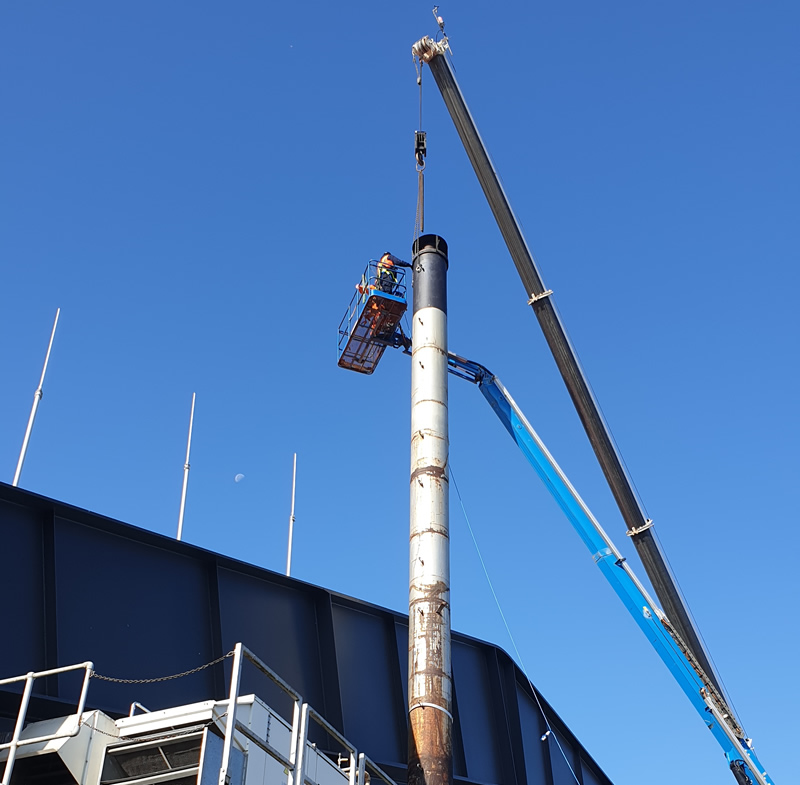 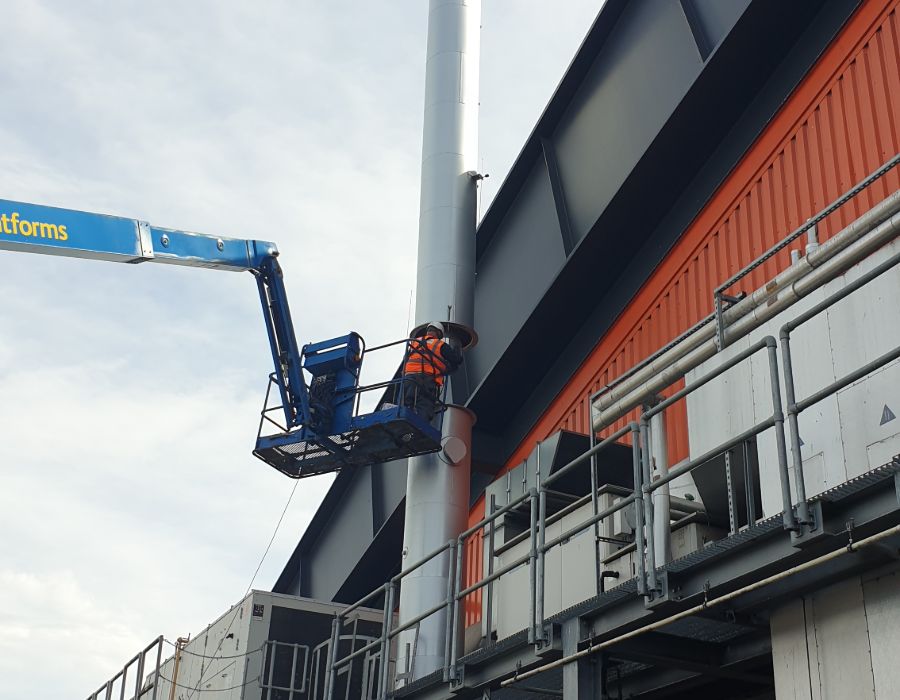 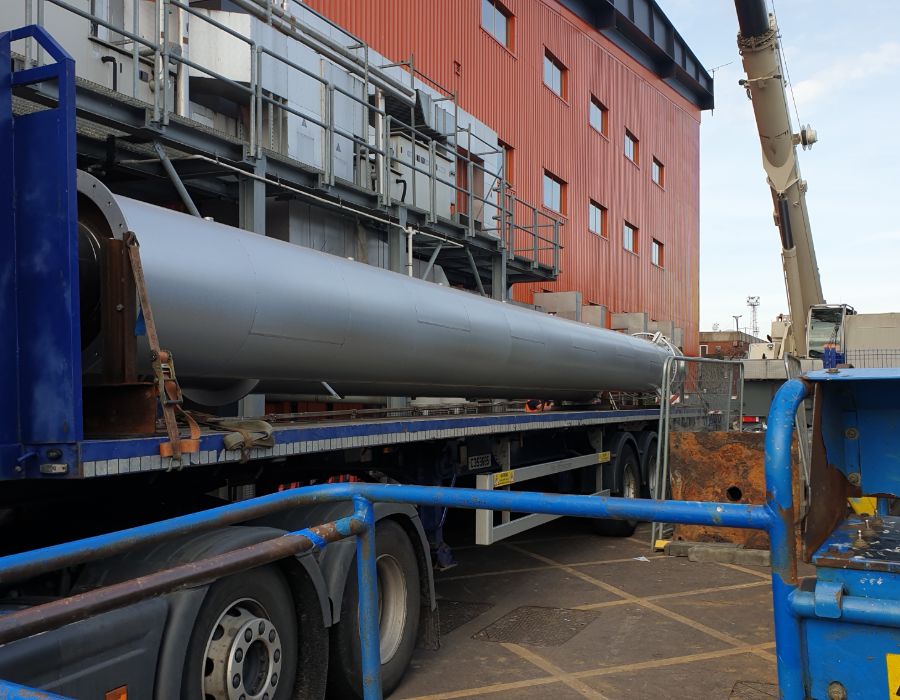 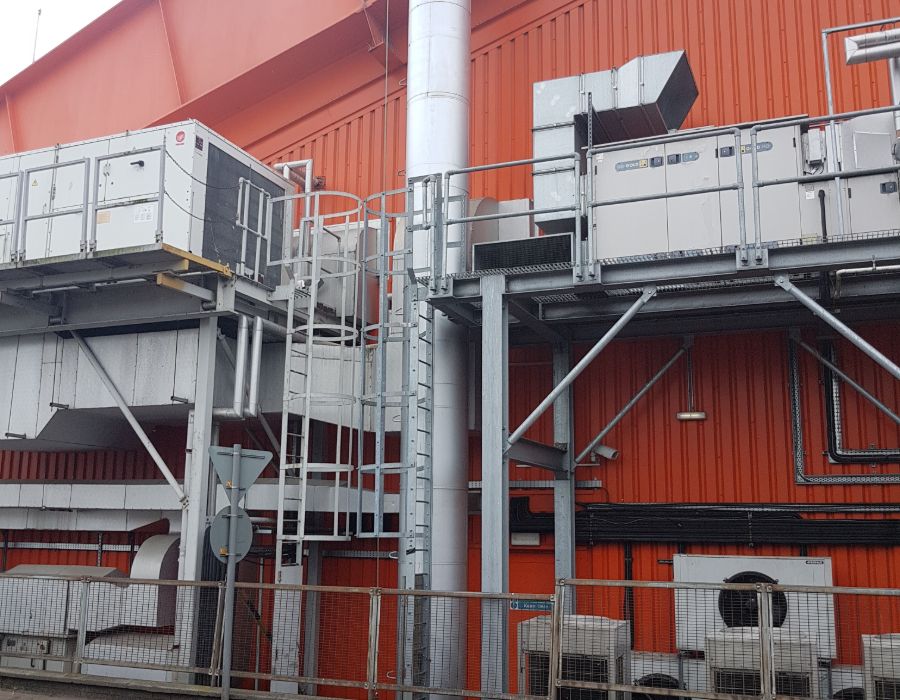